Impact of Solar Cooling in Kenya and Agricultural Value Chains 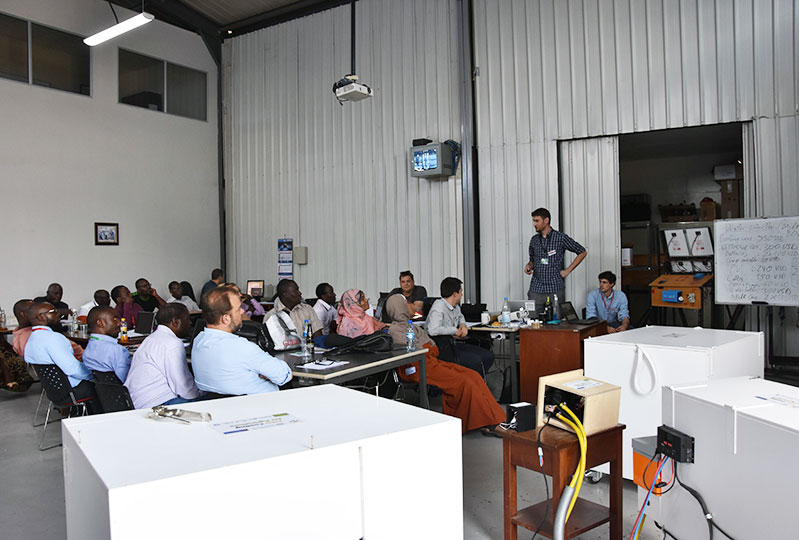 In the 2017 approximately 61 Billion was lost from the following agricultural value chains; Irish potatoes, milk, millet, beans, bananas, sweet potatoes, pineapples, tomatoes and sorghum. The reason for this loss was; poor storage, transport and fungi attack. According to standard media article, a third of the food produced is lost yearly. Kenya is currently grappling with the possibility of a countrywide drought.

A few solutions have been recommended to solve the postharvest losses in Kenya but the response is not taken up positively because of the following reasons;

Urgent areas that are crucial and prime for solutions in solar cooling are;

In a bid to solve these problems; Strathmore University Energy Research Centre partnered with Hohenheim University funded by Powering Agriculture have held a workshop to sensitize on possible research on solar cooling technologies in Kenya and how to increase agricultural productivity in Kenya. During the workshop; various technologies were introduced that could meet different needs and solve different functions as follows;

Applications of the technologies above are the following but not restricted to;

A synergy with SERC will ensure more research into other functions that the technology can be used for. More so introduction of this technology in pre-existing value chains that need boosting and optimization. Other possible areas of synergy include working with the Energy Regulatory Commission to get subsidies for this technology.  The milk cooling application has been tried in Siaya and Kisumu and the results have been very positive. Upon introduction of the systems, notable changes were as follows;

The success of these systems was pegged on the following;

Milk is but one of the value chains in the agricultural sector. Research in the rest of the agricultural value chains will unlock future partnered researches between SERC and Hohenheim University. This will also see SERC possibly start a course in Solar Cooling to build capacity on solar cooling.